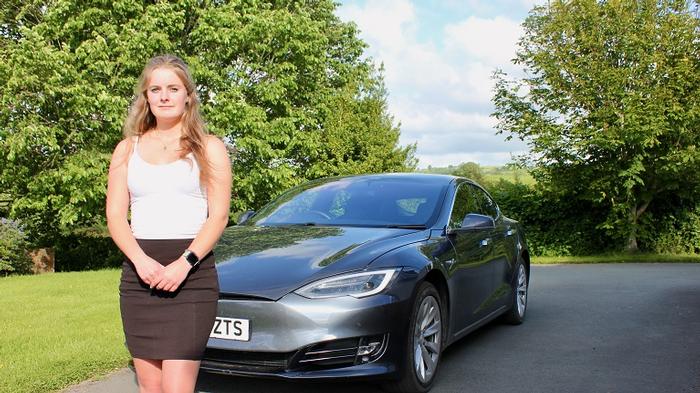 The feasibility of helping to run a zero-carbon fleet of buses in Shropshire’s county town through hydroelectric power from its river is being assessed by a Harper Adams University student.

Emily, from Montgomery, said: “The exhaust gas emissions in the air in some parts of Shrewsbury are well above a healthy level, so something needs to be done to look after local people and the environment.

“Buses are a common vehicle in Shrewsbury and if they could be fully electric with zero drive-by emissions, this would create a large reduction in the number of air pollutants in these areas.

“If these buses could be run on fully-renewable fossil fuel-free electricity, this would be even better for reducing emissions and making the scheme a long-term solution – and if it could come from a local renewable hydro scheme, it would be a great outcome for the area - and put it on the map as a leader in sustainability.”

For her Masters Research Project, Emily is working her way through published studies and more, examining both the proposed Shrewsbury Hydro weir hydroelectric scheme and the running of electric bus schemes across the UK and beyond, to determine how the two could work together.

She’s keen to hear more – and as soon as possible - from anyone with expertise in electric bus schemes or hydro schemes. She can be contacted at 17239000@live.harper.ac.uk

Emily, 24, decided to transfer her studies to Harper Adams in her second year after being impressed by the way both students and lecturers she met at a leading motorsport event spoke about their courses.

She added: “I’ve always had an interest in fixing and tinkering with cars, and engineering felt like the logical next step; to actually design the things that have always interested me.

“I transferred from another university as a direct entry into the second year after I spoke to both lecturers and students at Goodwood Festival of Speed.

“I was inspired by their enthusiasm for the course and the combination of a theoretical and practical approach to engineering.”