“This is the biggest research project that the FRA has ever undertaken and the results will fly the flag for our industry." 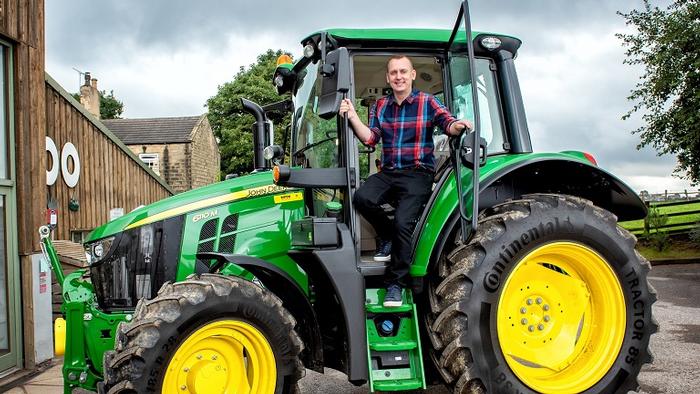 Rob Copley, Chairman of the Farm Retail Association, is encouraging farm retailers to take part in the research.

An extensive project which aims to discover the true value of Britain’s farm shops to the nation has been launched by the Farm Retail Association and Harper Adams University.

The project – which is being backed by researchers in Harper Adams’ recently-created Food, Land and Agri-Business Management department – will seek to discover the impact farm shops have not only with their local communities, farmers and suppliers, but also upon the wider economy and the UK’s rural landscape.

It is estimated that there are well over 1,000 premises up and down the country which would fall under the definition of farm shop – though the research will aim to clarify this as it seeks to build a clearer picture of the sector.

It will also draw upon the views of Farm Retail Association members, who are to be sent a survey in the coming days which asks them for their views on the sector, its impact, and more.

It is anticipated that the survey results will be released in spring next year.

Senior Lecturer in Food Retail and Marketing, Alastair Boot, is among the team at Harper Adams University, the UK’s leading specialist university for the agri-food and rural business sectors, who will be conducting the research.

He said: “We know that farm shops are valued – both by the retail and agricultural sectors, and by the communities they serve.

“Many of us will have a favourite farm shop in our area, for instance – and there’s been some evidence over the past 18 months that, as we all strove to stay local, retail patterns have changed – with a growing appetite for British farm shops.

“However, there is a need to build up a picture of the sector as a whole and its impact across the country – and this is where our research, commissioned by the Farm Retail Association, will come in. Once we develop that clearer understanding, it can be used to make the case for the nation’s existing farm shops, and to help develop the sector further.”

Chairman Rob Copley said: “This is the biggest research project that the FRA has ever undertaken and the results will fly the flag for our industry.

“We are encouraging all farm retailers to take part in this nation-wide survey to get a clear picture of what our sector is worth to the economy and reflecting the vital role our farm retailers play in communities. This will then help not only promote farm retailers but also support those businesses with planning application and funding bids.”