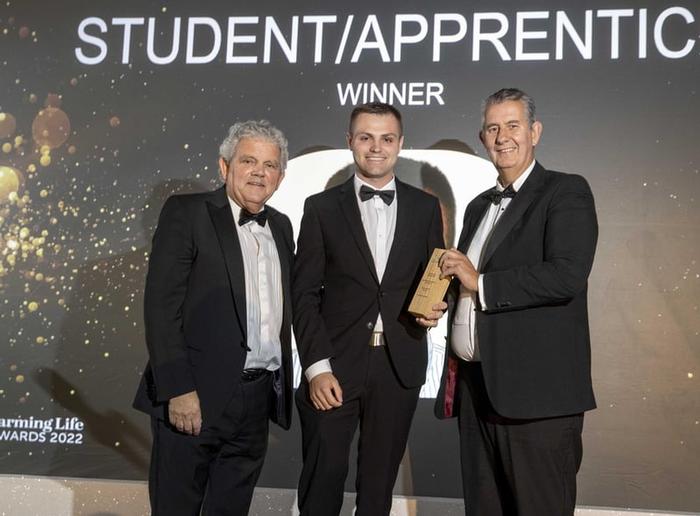 Harper Adams University student Timothy Davidson has been named Agri Student /Apprentice of the Year at the Farming Life Awards 2022.

The awards were presented at the Crowne Plaza Hotel in Belfast on October 5. Tim, 23, said: “It was a fantastic venue with a three-course meal of locally sourced food. There were around 220 people at the event including the Minster for Agriculture, Edwin Poots and many other leaders of the agriculture sector in NI.

“I was more than happy just to be a finalist for the award, knowing how many brilliant agriculture students there are from Northern Ireland,” said the BSc (Hons) Agriculture student, from Kilrea in County Londonderry,

“Winning the award is an honour and I am proud to bring it back to Harper Adams. Once again strengthening the relationship that Northern Irish students have with the University and the success it delivers.”

Tim added his thanks to Basil Bayne (Harper Adams in Ireland Alumni Association), Aviagen and Harper Adams University for their nomination and support.

Tim completed his placement year in industry, a key part of every Harper Adams degree, with Aviagen, after winning the British Poultry Council/Aviagen Scholarship. He was given a 100 percent employability rating by Aviagen – and on his return to Harper Adams to continue his studies, he was selected as the winner of the 2022 Cogent Breeding Ltd Placement award.

See more from the awards night.