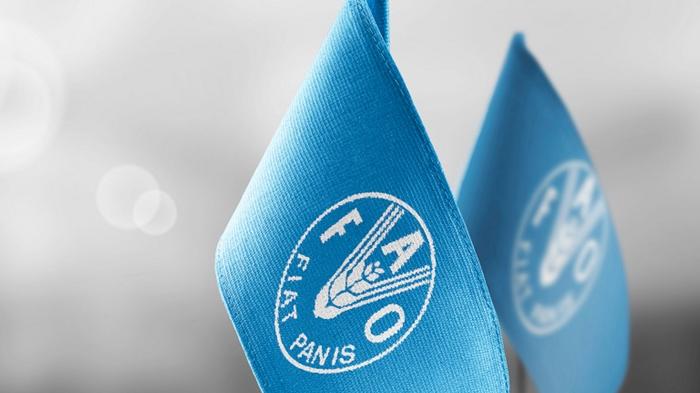 A new report by the United Nation’s Food and Agriculture Organisation has drawn upon Harper Adams academic expertise to produce its first report on robotics and automation in agriculture.

The report was released earlier this month and draws upon the expertise of both Elizabeth Creak Chair of Agri-Tech Economics at Harper Adams University, Professor James Lowenberg-DeBoer and Senior Engagement Fellow Kit Franklin.

Both academics were sought out by the report’s compilers to lend their expertise to the report – with Professor Lowenberg-DeBoer having served as the President of the International Society of Precision Agriculture (ISPA) between 2020 and 2022 as well as having written a series of academic papers and reports on the economics of crop robots, and Kit having worked as the Principal Investigator on the ground-breaking Hands Free Farm project, the first of its kind in the world to grow, tend and harvest a crop autonomously.

Professor Lowenberg-DeBoer, who also developed a background paper to accompany the report’s publication, believes there are many possibilities for autonomous agriculture in creating food security across the globe.

He said: “Robotics and automation is part of creating food security.

“In that context intensifying production and using regenerative techniques is very difficult. Low cost robotics and automation could help farmers in the developing world intensify production without using more pesticide and fertilizers.

“The robots could help them plant more of the crop at the optimal time and do more timely mechanical weeding. They could do use more intercropping and other mixed cropping to increase field biodiversity and reduce pesticide use.

“Robotics would help farmers do selective harvesting at the optimal time for each plant, leaving immature plants to be harvested later, thereby increasing yield quality and quantity.”

A fuller vision of how crop robotics would work in developing countries can be found at box 18 in the FAO report – linked here.

The Engineering team at Harper Adams are already working to develop robotic and automated machines with farm equipment manufacturers across the globe.

Mr Franklin added: “Through working with these manufacturers in emerging economies, we can both help them to develop these technologies – and their in-house capacity.

“We also help to develop engineering expertise among students from across the globe – whether these are those students who choose to study their degrees with us, or are visiting us as part of programmes aimed at developing sustainable farming systems, such as the Marshal Papworth scholarship.”

And Professor Lowenberg-DeBoer added: “As robotics and automation lead to the development of new cropping systems, agronomic practices and livestock management, then research at Harper will help identify the science behind those new systems and practices, and develop specific solutions for Britain.

“Our staff will then work with researchers from other countries, to apply that science to their physical, social and economic environments.”