“Congratulations to each and every one of our winners - I’m looking forward to seeing how each idea develops over the coming year!” 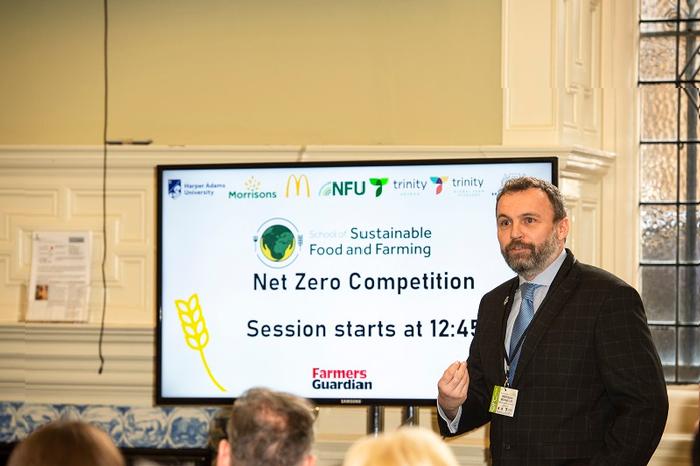 Professor Michael Lee addresses the audience at the event

The four winners of the School of Sustainable Food and Farming Journey to Net Zero competition have been announced at this year’s Oxford Farming Conference.

At a dedicated event at the conference, the four winners were announced by the School’s Director Simon Thelwell as: Ben Adams, Megan Wetherall, Matt Dickinson of Climate Spheres and Mandy Stoker.

The awards were collected from David Exwood, NFU Vice-president.

Brilliant to be involved with such an important initiative with @HarperAdamsUni School of Sustainable Food & Farming who want to resource the farming community with focus on; #1 new talent, #2 up skilling, #3 research & #4 influence with policy @oxfordfarming #OFC23 @Trinity_GFP pic.twitter.com/9TiW3YUTK4

First winner of the #netzero competition is @BenAdamsAgri who is focused on intercropping & proving its value at scale. @BradfordFarming “I really liked Ben’s idea - it’s got a higher harvest index, improves soil health, benefits of crop synergies and avoids monoculture.” #OFC23 pic.twitter.com/z3t6UB91OC

Next winner of the #netzero competition is Megan Wetherall & her project on plant based fertilisers
“I want to be able to recommend it with science & data behind it to prove it works - we’re using Sandy to see a life cycle assessment of the crop.” #OFC23 @Trinity_GFP pic.twitter.com/8AoqylIVAA

Next winner of the #netzero competition is Matt Dickinson from @ClimateSpheres & his project on scaling biochar use on-farm. @HarrietWilson12 says, “We really liked that this project looked at how biochar can be used by farmers on their own farms, at scale.” #OFC23 pic.twitter.com/R8A6wYthgm

Final winner of the #netzero competition is Mandy Stoker and her project on ‘hot stuff’ and establishing a renewable way of heating water on her dairy farm.
“There is a massive potential to reduce carbon usage on dairy farms if we can share the knowledge.” @Trinity_GFP #OFC23 pic.twitter.com/75euvBRJW9

The competition was supported by Harper Adams University, Bradford Estates, McDonald’s UK and Ireland, Morrisons, the NFU, Trinity AgTech and Trinity Global Farm Pioneers, and has been covered throughout by the Farmers Guardian – who were also on hand to capture the winning announcement, and have profiled each winner in this week’s edition.

See more on each of the shortlisted finalists here.

Each winner will also be profiled by the magazine throughout 2023, as they set about putting their projects into action.

Winning entrants were selected from a shortlist of eight, from an application pool of over 60, in a ‘Dragon’s Den’ style event at Harper Adams in December.

Each succeeded by persuading the judging panel that they had the best plan for implementing a commercially viable, scalable and sustainable farming system or process which will have a positive and measurable impact on how they farm.

With a total prize fund of £50,000, awards of between £10,000 to £17,000 were made to the winning entrants of the competition, which formed part of the School’s commitment to Net Zero, by developing opportunities for farmers and producers to change the way they work sustainably – and for them to then share this knowledge across the industry and beyond.

Professor Michael Lee, Deputy Vice-Chancellor at Harper Adams University, and Simon Thelwell, Director of the School of Sustainable Food and Farming, were among those at announcement of the winners.

Professor Lee said: “It was fantastic to see the quality of entries to this competition, and while picking the final four was difficult, each of our winners truly deserves their prize.

“The announcement was a wonderful way to round off a busy Oxford Farming Conference for all involved, and I would like to thank all our partners for their work with us on the competition.

“Congratulations to each and every one of our winners - I’m looking forward to seeing how each idea develops over the coming year!” 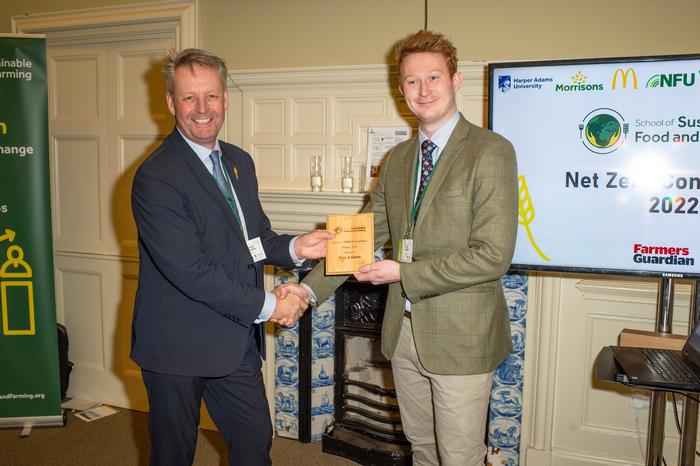 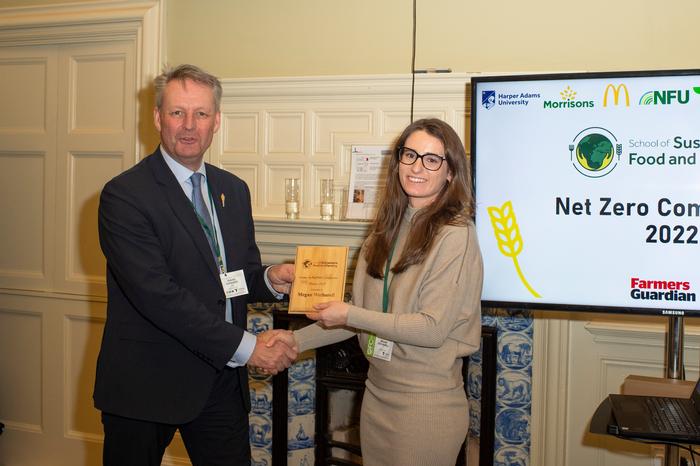 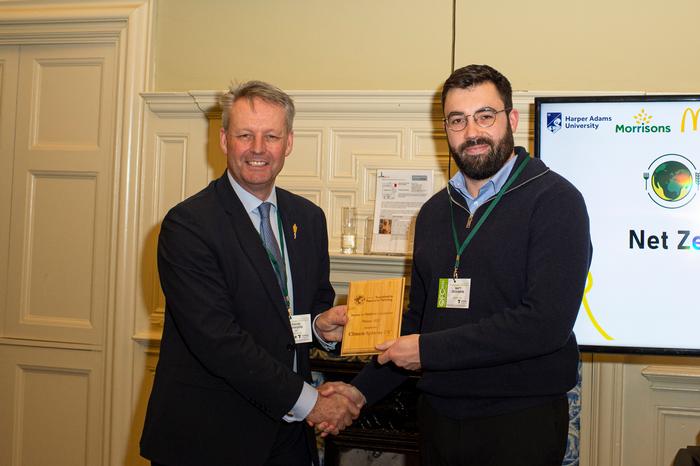 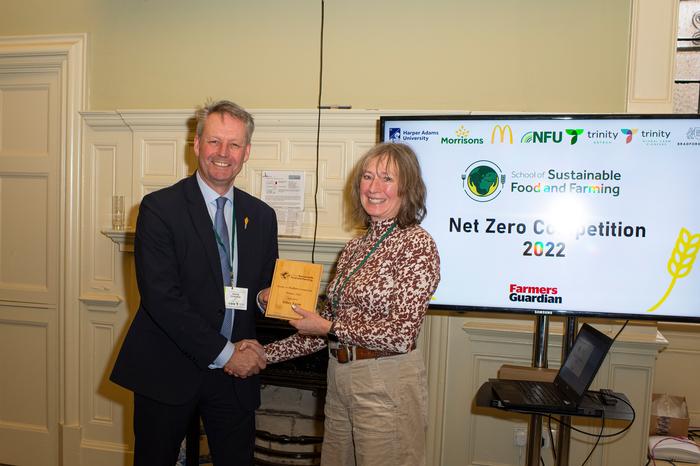