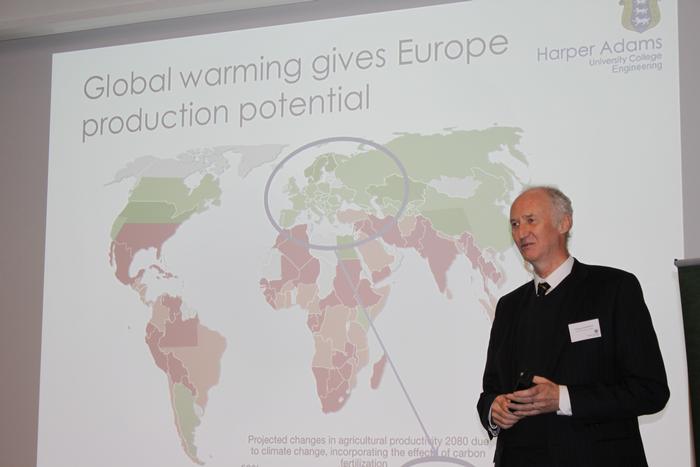 The event was attended by around 90 guests, including leading figures from the Royal Academy of Engineering, the Engineering Council, the Department for Business, Skills and Innovation, as well as industry experts, Harper Adams staff and students.

Professor Noboru Noguchi, a leading expert in agricultural robotics at Hokkaido University in Japan was also in attendance, as part of his visit to Harper Adams as a Distinguished Visiting Fellow.

The lecture, which took place at the Royal Academy of Engineering was entitled ‘Precision Farming – Agricultural Engineering for the 21st Century’ and focussed on the exciting possibilities offered by precision farming techniques, robotics and smart machines.

Professor Blackmore explained the importance of new technologies in tackling the challenge of global food security, particularly in the light of volatile climatic events which can make the use of large machinery difficult.

He proposed the use of smaller agricultural robots as part of the solution, and went on to explain that many of the technologies are available but need to be brought together to provide farming solutions for the 21st century.

Professor Blackmore provided video demonstrations of some of these smart machines at work, including optical recognition for fresh produce harvesting, the ‘spot’ application of herbicides and weeding techniques using low-energy lasers.

The event was part of a series of activities held to mark the launch of the National Centre for Precision Farming (NCPF) at Harper Adams. These began with a Stakeholders seminar for the agricultural engineering industry on October 29, at which discussions were held with the Technology Strategy Board about priorities for research in this area.

Professor Noguchi’s visit marked another highlight this term, when he spoke at an Institution of Agricultural Engineers (IAgrE) seminar held at Harper Adams about his $8m research programme in Japan that is developing robotic farming applications, from seed drilling to harvesting.

The aim of the NCPF is to facilitate the knowledge exchange required to bring “smart” agricultural machinery into wider and more productive use in UK, and global, farming. It will continue to organise lectures, seminars, technical days and other knowledge transfer events,  to include the farming sector, during 2013. 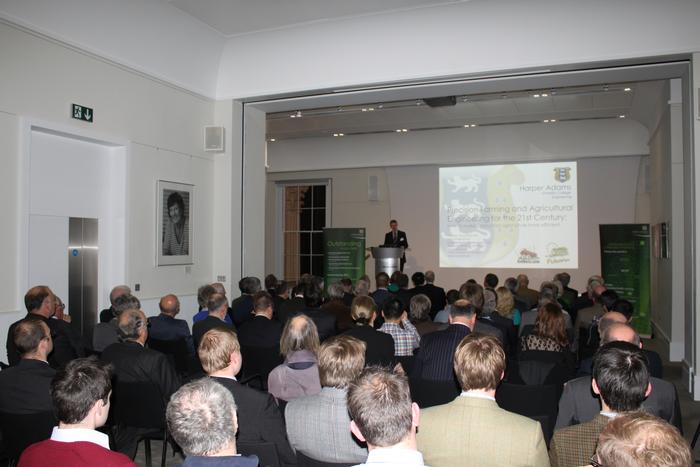 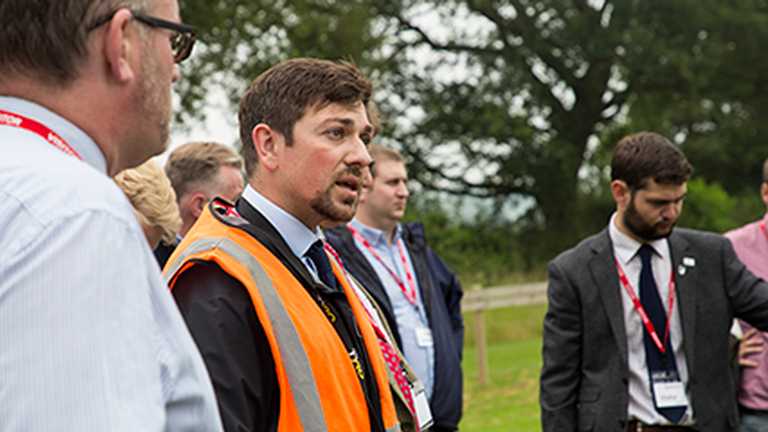 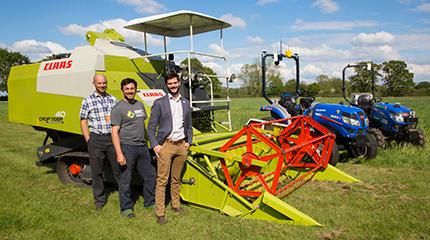 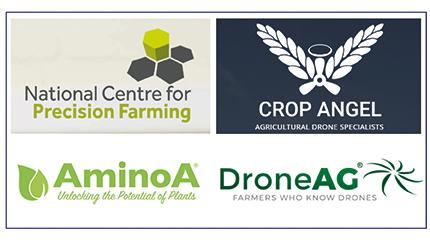 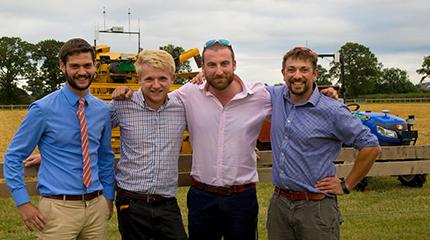