The Vice-Chancellor of Harper Adams University has given his thanks to the people who responded quickly to last week’s anaerobic digestion plant incident, and helped to prevent pollution of the surrounding area.

University staff were alerted to the incident in the early hours of Friday, May 30 when it was discovered that one processing tank had collapsed causing an unintentional release of digestate. Nobody was at the site at the time of the incident. The access road was cleared over the weekend, and digestate was contained within the plant by Sunday evening.

Harper Adams Vice Chancellor Dr David Llewellyn said: “We are grateful to everyone who has been and continues to be involved in the response to the AD incident. It appears that the quick actions of our staff, the Environment Agency and others has prevented pollution of the surrounding area.

“Power production has been halted until we have a full assessment of the implications of the incident.”

An investigation into what happened is ongoing, as are efforts to clean-up the plant, and to assess the impact on other structures on the site.

The clean-up is being managed in conjunction with the Environment Agency, which has issued the following statement: “We worked closely with the university and other partners to contain the pollution on site and assess whether there was any impact to the environment. Our officers found no evidence that the digestate has entered nearby watercourses or caused environmental pollution.

“Harper Adams were quick to respond and managed to contain the digestate on site which reduced the risk of damage to watercourses and groundwater. We are now carrying out an investigation into what caused the incident and providing advice to Harper Adams on the procedures for clearing the site.”

Dr Llewellyn added: “There has been significant damage to the AD plant. One tank collapsed, and three other storage towers and the adjacent waste processing building were damaged. At this stage, there is no clear evidence that there was an explosion.

“Recovery of the plant could take a number of months. The AD system site is some distance from the main campus so all other University operations are continuing as normal.”

The one exception is the cancellation of the Harper Adams Open Farm Sunday event, which had been due to be held on June 8. The decision to cancel was made out of consideration for staff who continue to work on the AD clean-up, who would also have been working at Open Farm Sunday. A further opportunity to visit the Harper Adams farm will be provided at the summer open day on July 6.

The Harper Adams anaerobic digester uses farm slurry and municipal food waste, including from campus catering operations, student halls of residence, and the homes of staff members, to generate electricity. It has provided 70 per cent of the entire campus’s energy needs, and has contributed to offsetting the University’s carbon emission four times over.

The plant also produces biofertiliser, a liquid containing nitrogen, phosphate and potash along with other trace elements, which can be applied to farmland to reduce the need for other types of fertiliser. 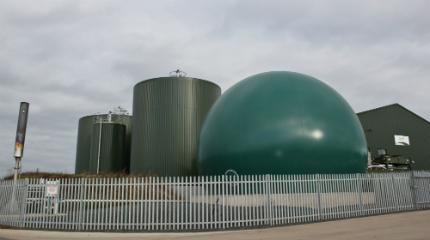