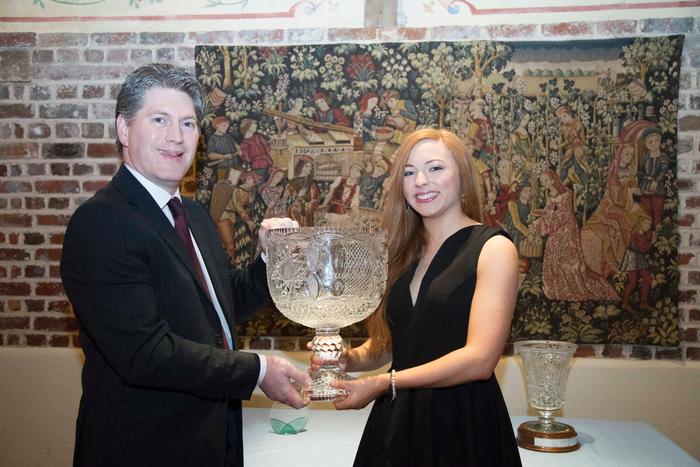 Kathryn Mills from Moneymore, County Londonderry, is the winner of the 2015 Victor Truesdale Prize at Harper Adams University in Shropshire.

In presenting the award, Dr. McCleery spoke of his late uncle and of his delight in meeting Kathryn.  The prize recognises the qualities of leadership, team building and effective communication, which were so important to Victor.

A former student at Rainey Endowed School in Magherafelt, Kathryn is a final year Food Nutrition and Wellbeing degree student.  In her placement year, she undertook a project for Marks and Spencer.

At Harper Adams, she was elected secretary of the Harper Ireland student club and was an ambassador representing the university at open days and other events including the Balmoral Show.  She provided a strong female role-model particularly for first year students as she was warden of the halls of resident for students aged under 18.

In 2011, she was awarded the Dunbia Scholarship and has recently been awarded the YFCU exchange award to Montana, which she takes up in July.

Accepting the award, Kathryn said she was honoured and thanked John Thompson & Sons Ltd for continuing the annual award now in its fourteenth year. 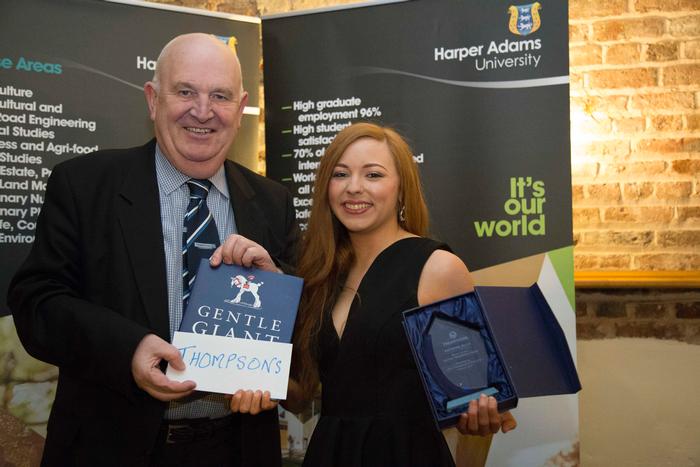