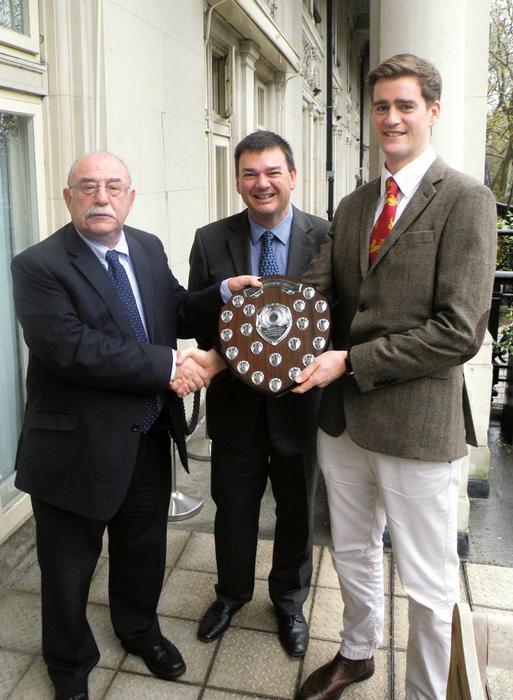 A new entrant to farming, trained in crop protection by staff at Harper Adams University, has won a national award.

Jack Hill, a Norfolk-based Commercial Technical Manager for Bayer CropScience, has been announced by BASIS as the winner of its 2015 Barrie Orme Shield. The prize is awarded annually to the best BASIS Certificate in Crop Protection candidate.

Jack, 27, who has been with Bayer CropScience since starting as a trainee in June 2014, was presented with the trophy by Professor Andy Cobb, former Chairman of BASIS’ Education and Training, and Professional Matters Committees – and also former Dean of Academic Affairs at Harper Adams - at a ceremony at the Farmers Club in London.

Despite not being from a traditional agricultural background, Jack developed a passion for farming while working on a mixed farm in Australia for two harvest seasons. Previously he had worked at Syngenta’s R&D centre as part of its Product Safety team.

Jack, whose course training was provided by Louisa Dines Senior Lecturer in agronomy at Harper Adams, said: “Farming is now my passion, so I’m very grateful and honoured to have received the Barrie Orme Shield for 2015. The BASIS qualification is fundamental to my job. It has allowed me to build a solid understanding of crop protection, and given me the foundation to attain further knowledge.”

As part of the BASIS Certificate in Crop Protection, Jack undertook a project which focused on alternative treatments to neonicotinoids for insect control in oilseed rape. The data and findings from the project’s seed trials have helped Jack in his day job and have also fed into the development of Bayer CropScience’s products.

Jack continued: “It was important that my project focused on a very topical area that would help my day-to-day role and also the company. Preparing for the BASIS exam allowed me to get out crop-walking with experienced agronomists and I would recommend that those taking the course do the same. The hands-on experience opens your eyes and helps further your understanding of crop protection.”

Three runners-up for the prize were George Badger, a farming consultant at Strutt and Parker who advises farmers in East Anglia; James Nott, who runs his own farm business in Essex; and Gavin Milson, who works at the Stockbridge Technology Centre developing its crop research and production in the precision farming sector.

Stephen Jacob, BASIS’ Acting CEO, said: “The standard of candidates for the BASIS Certificate in Crop Protection continues to be very high. The winner and runners-up for this year’s Barrie Orme Shield is a reflection of these standards. BASIS qualifications such as the Certificate in Crop Protection remain crucial for ensuring best practice within the agricultural industry.”

Presenting the award, Professor Andy Cobb said: “Developing new ideas, and finding solutions to problems that farmers are experiencing every day is key to the future of our industry.  Jack is a great example of someone actively engaged in meeting those challenges.

“BASIS plays a vital role in training advisors and agronomists to ensure that the best possible advice and guidance is being given to farmers.  I’m delighted that BASIS continues to highlight this excellent work through the Barrie Orme award.” 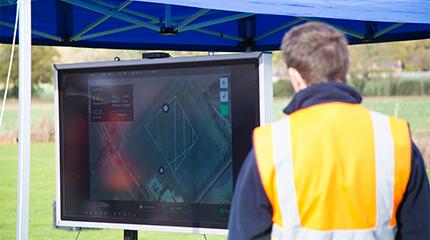 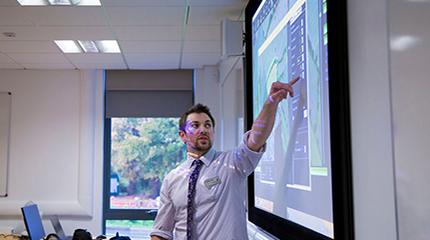