Today we are celebrating the success of some of our very best students." 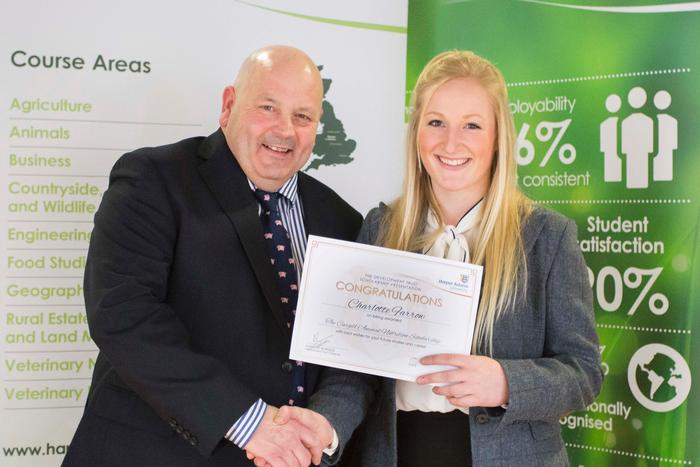 The total of scholarships awarded at Harper Adams University has risen yet again this year, with 106 students sharing awards worth a total of £360,000.

This week 130 awards were formally presented to 106 students by their sponsors and academic staff, with all uniting to celebrate the scholars' achievements. The Trust was pleased to welcome six new scholarships sponsors this year (marked in the list below).

Opening the event, University Deputy Vice-Chancellor Professor Peter Mills said: “Welcome to our sponsors, long-standing and new. To the new sponsors, welcome to the family. It’s a happy family and today is a good example of that. Today we are celebrating the success of some of our very best students. Based on the calibre of our students and the links that we have with industry, Harper Adams has an increasingly important position in the sector.

“As an example, in 2015, we had the largest intake of students ever to the university and applications for 2016 are significantly higher again - and that is down to the hard work of all the staff here at the university.

“Thanks to the Development Trust team, who work incredibly hard with our sponsors and in organising today’s presentation. Massive thanks, obviously, to the sponsors. Without you this event would not happen. And thanks to Tony Burgess, Chairman of the Development Trust, who has seen the value of scholarships grow from £17,000 to today’s value of £360,000.

“That is coming from you, our sponsors, and it is fabulous that the students will be able to make good use of that funding. But Tony, without you at the helm that probably would not have happened.

“Tony was awarded an MBE in this year’s New Year Honours. He has had a long association with Harper Adams going back to the 1970s and, among other things he has been Chairman of our board. But you are now doing an immensely valuable job with the Development Trust for us. And we are very proud of the fact that you have been recognised for your contribution to higher education.”

Professor Mills then proposed that the audience deliver the first round of applause of the event to Mr Burgess, and they responded enthusiastically.

In response, following the presentation of scholarships, Mr Burgess also thanked the sponsors, students and university staff. He encouraged the students to spend their funds wisely and to advise their sponsors of how it had benefited them.

He went on to praise the Development Trust staff and in particular Trust Consultant Renée Gallina-Morris, to whom he presented a bouquet of flowers. Mr Burgess said: “I will wear my MBE with pride on medal days. But it would not have been possible without Renée and her team. This honour is really one for the Harper Adams Development Trust and I want to thank them all.”

This year’s scholars are:

The Harper Adams In Ireland Scholarships: 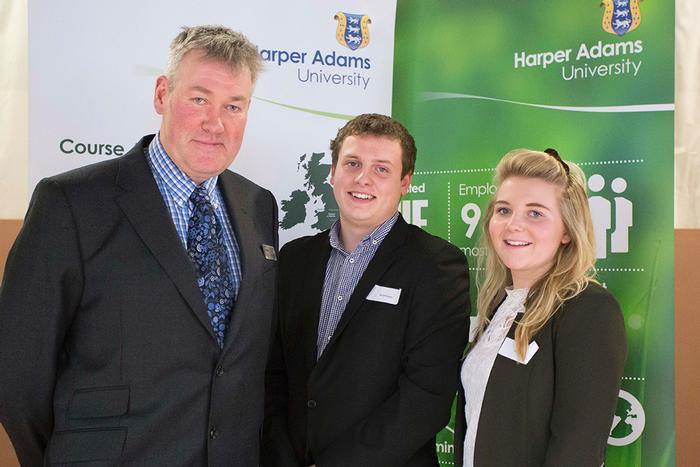 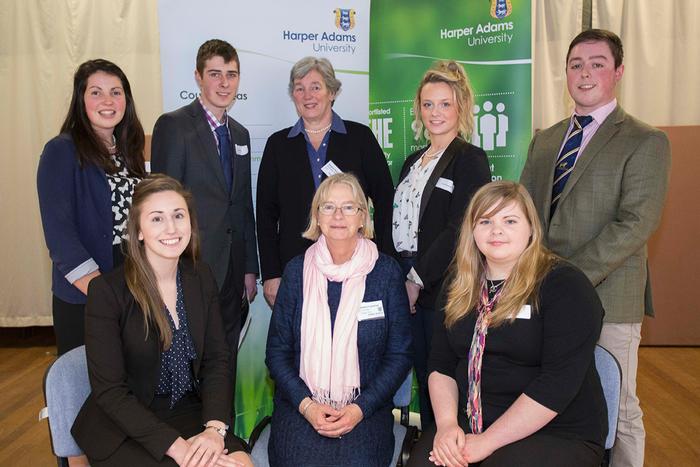