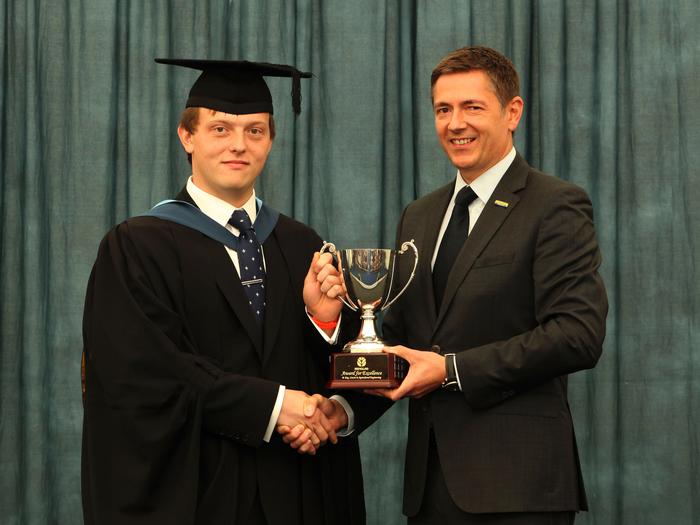 Ben Clarke, 22, from Middlewich, Cheshire, has been awarded the New Holland Trophy.

The trophy is given to the best graduating Harper Adams University BEng (Hons) Agricultural Engineering student.

Greg Rowsell, programme manager, said: “Having started his higher education journey on the FdSc programme, Ben has consistently demonstrated that hard work, commitment and the will to succeed can open doors that you didn’t know were there.

The award was presented by James Ashworth.