"Our SARIC research represents a real opportunity to streamline management choices made by potato growers through better outputs from the PCN calculator." 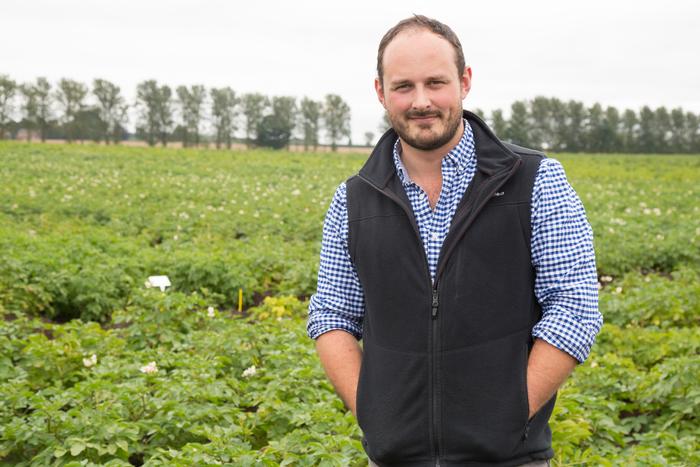 A team of Harper Adams University researchers; Dr Matthew Back, Dr Ivan Grove and Bill Watts, are working in collaboration with Leeds University and Barworth Agriculture to improve the accuracy of the ‘AHDB Potatoes potato cyst nematode (PCN) pallida calculator’ which is currently used as an educational forecasting tool for UK potato growers.

Potato cyst nematodes are microscopic worm-like pests that lie dormant inside mature cysts and then migrate into potato roots causing irreparable damage to the roots. Each mature cyst can hold up to 600 eggs (juveniles) so that infested soils can contain several hundreds of eggs per gram of soil.

Unfortunately for potato growers, just five to ten eggs per gram of soil can lead to economic loss, overall estimated to be £26 million annually to the UK potato industry, and normal rotation lengths are too short to provide an adequate period for natural population decline in the absence of a host.

To help growers to formulate control strategies, the Agriculture and Horticulture Development Board (AHDB) Potatoes created the ‘PCN Calculator’ for the most troublesome species, Globodera pallida. The calculator enables PCN population dynamics and potato yields to be forecast for different potato varieties grown under a range of conditions and control strategies. It’s therefore useful to help growers to investigate their options before growing a crop so that they can achieve sustainable economic returns. However, the current calculator needs modification and additional data sets to keep up to date with recent advancements in our understanding of PCN biology, shifting varietal trends and new management practices.

Reader in Nematology, Matthew Back said: “Our SARIC (Sustainable Agriculture Research and Innovation Club) research represents a real opportunity to streamline management choices made by potato growers through better outputs from the PCN calculator.

“The calculator is a great educational tool for crop advisors and growers, but unfortunately, there are deficiencies. One area for improvement relates to the decline of PCN population density over time. We would like to build in a range of data that includes a wider diversity of soil types and rotations. For example, Brassica’s in a rotation may reduce PCN populations. Additionally, new work on the effect of summer temperatures on the reproductive performance of PCN needs to be taken into account. Finally, we need to include more data on the resistance and tolerance of potato varieties and pre-planting mortality associated with crop protection inputs.”

Senior Research Assistant Bill Watts, has been employed as part of the 20 month project, which will provide the extra data needed for the calculator. He’ll primarily be investigating the tolerance of different potato varieties to PCN over different soil types.
He said: “The varieties under investigation include Estima, Lady Rosetta, Marfona, Maris Piper, Markies, Melody, Nectar, Pentland Dell, Royal and Taurus. They represent the ten most widely grown varieties in the UK today and are compared to two control varieties; Maris Peer which is intolerant to PCN, and Cara which is tolerant of PCN.”

The Harper team is investigating PCN population dynamics, the number of PCN eggs in soil before and after cropping, and the quantities of PCN found in potato roots during cropping over two experiments which span two growing seasons. PCN effects plant emergence rates, crop growth and potato yield and tuber number will also be quantified.

Bill said: “Tolerance is independent of resistance; a point which is often overlooked or misunderstood. Resistance is a measure of a plant’s ability to stop the nematodes from developing and completing a full lifecycle, while tolerance refers to the ability of a plant to achieve an economic yield in the presence of PCN. Much emphasis has been placed on investigating resistant varieties, however, information on varietal tolerance to PCN is also important to potato growers.”

Dr Back adds: “The use of tolerant, non-resistant, varieties can lead to a much greater multiplication of PCN, which means that a longer gap in the rotation is required to allow natural decline of the populations. For this reason, it’s vitally important that growers understand the consequence of variety choice.”

The experimental design of the team’s first experiment has been a topic of interest from the potato industry. Nematode numbers vary greatly across even small areas of field, and so the team decided to layout the experiment according to the initial nematode densities before potato planting using a ‘stratified randomisation’ technique. The first experiment had nematode densities ranging between 28-304 eggs per gram of soil between plots. By using the stratified technique, this variation was evenly distributed between all of the potato varieties under investigation which greatly improved the quality of data collected.

This project is being run in conjunction with the Plant Nematology Laboratory at Leeds University. The funding for this project is being provided by SARIC, a research-industry club providing £10 million of funding through the five year partnership between Biotechnology and Biological Sciences Research Council (BBSRC), Natural Environment Research Council (NERC) and a consortium of leading companies.

The project was first launched in April 2017. The second field experiment on tolerance will be constructed in spring 2018. 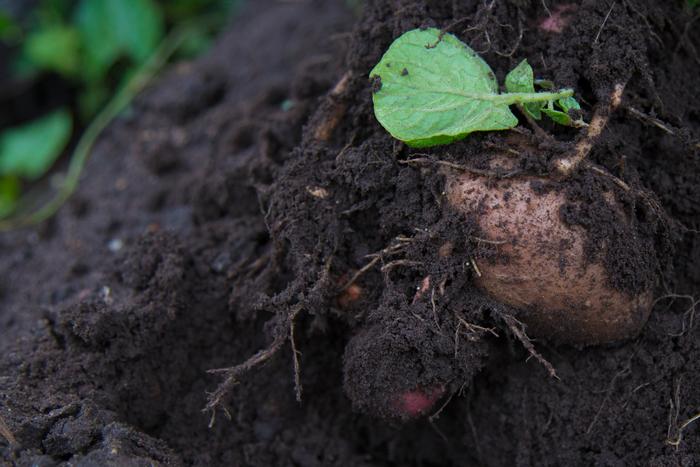