"This is an important indication of the strength of our relationships with industry and the professions, and of the high quality of the graduates that we produce."

Harper Adams University has one of the highest graduate employment rates of all UK universities, according to data published this week.

The new Graduate Outcomes survey explores what former students are doing 15 months after completing their studies. An outstanding 98.8 per cent of Harper Adams graduates were in work or further study.

Commenting on the survey results, Vice-Chancellor, Dr David Llewellyn, said: “The first release of the Graduate Outcomes survey shows that with one of the lowest graduate unemployment rates in the UK, our performance in helping our graduates secure jobs continues to rank among the best in the higher education sector. This is an important indication of the strength of our relationships with industry and the professions, and of the high quality of the graduates that we produce.”

Graduates Outcomes attempts to measure the value of the degree experience. The responses showed that 77% of Harper Adams students said they were using what they had learned during their degrees in their current activity. For 61 per cent of those who responded, that activity was working in a high-skilled job role with 14.2 per cent in manager or director positions. Harper Adams had one of the highest survey response rates of all providers at 72 per cent.

Careers Service Manager, Maria Simpson, said: “The Careers Service at Harper Adams has been dedicated to the ongoing support of students following graduation. Keeping in touch and raising awareness of this survey has encouraged students to have their say and help us understand how their studies, and the wider university experience, have supported all students to progress into employment, further study and fulfilling lives.’

Also published in June was the latest release of the Government’s Longitudinal Education Outcomes (LEO) data, which examines what graduates are doing one, three and five years after completing studies and links graduate employment outcomes and earnings to HMRC data.

The findings on sustained employment place Harper Adams graduates among the top 10 performers in England at one, three and five years out: respectively, 3rd, 7th and 8th of the almost 130 institutions analysed.

Further Graduate Outcomes data is due to be published in July.

Find out more about choosing a Degree That Matters by signing up for an open day . 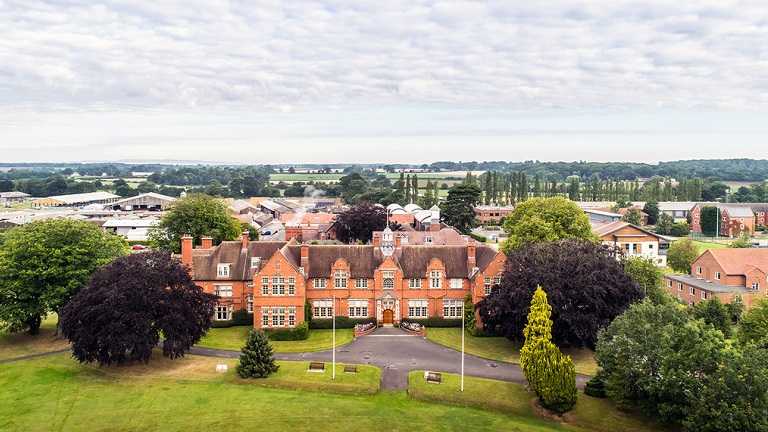