“When we look at the range of equipment we have here at the Hands Free Farm, we have small equipment by modern standards, but with this sort of equipment and the precision of our autonomous system, it opens the Harper Adams University future farm – right here, right now – to starting an autonomous strip crop field.” 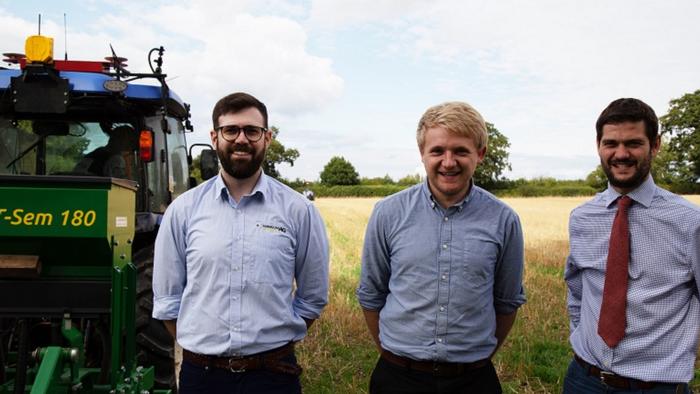 They set out to prove that fully autonomous vehicles – and the specialist new careers roles required to build and operate them – could be the future of farming.

Six years on, they have not only met their objective, but scaled it up and this week the team behind the Hands Free Farm took the opportunity to reflect and celebrate.

On the fields of the 35-hectare robotic farm at Harper Adams University, and in the Agri EPI Midlands Innovation hub, researchers, sponsors and VIP guests united to celebrate the unique research, learning and teaching opportunities offered by the world-first autonomous agriculture project – and to look forward to the next steps in their sector transforming journey.

A group of around 50 industry representatives and VIP guests were invited to mark six years since the launch of the Hands Free Hectare – the first project of its kind in the world to grow, tend and harvest a crop without operators in the driving seats or agronomists on the ground - at a special presentation at the Agri-EPI Centre on the Harper Adams campus, before heading out to the now 35-hectare Hands Free Farm itself to see its autonomous tractors and combine harvester in operation while networking over a barbecue lunch.

The presentation was opened by Harper Adams Vice-Chancellor Professor Ken Sloan, who told attendees that the global reach of the project had helped capture  his interest in Harper Adams and its work while he was in his previous role at Monash University in Australia.

He added: “We are really keen to talk about the project – and not just what is happening now, but some of the next steps as well.

“As Kit has reminded me, this is not something the University could have done in isolation – and I look forward to collaborating in the future.”

The project has been run in partnership between Harper Adams and Precision Decisions, along with the UK division of Australian precision agriculture specialist, Farmscan AG.

Hands Free Farm Principal Investigator Kit Franklin, Farmscan AG Director Callum Chalmers, Precision Decisions (a Map of Ag Group company)  Operations Manager Martin Abell and Professor James Lowenberg-DeBoer, holder of the Elizabeth Creak Chair in Agri-Tech Applied Economics, then went on to set out how the farm had developed practically, technologically, and in research terms over the past six years.

Among those organisations who have visited or worked with the farm are the British Standards Institute, NFU Mutual, OFCOM, and the Health and Safety Executive.

Meanwhile the project has drawn a wide range of guests, including Harper Adams University Chancellor Her Royal Highness The Princess Royal, the then Environment Secretaries the Rt Hon Michael Gove MP and the Rt Hon Andrea Leadsom MP, the then Leader of the Opposition the RT Hon Jeremy Corbyn MP, and many more.

Kit told attendees that, despite the Hands Free Farm also winning numerous awards and receiving significant media interest from across the globe, its true value had been in helping to drive forward commercial research, policy development and learning for Harper Adams students across a variety of courses.

He said: “He said: “Going forward, the Hands Free Farm project as is comes to an end – but we have a unique opportunity to do more and keep learning.

“When we look at the range of equipment we have here at the Hands Free Farm, we have small equipment by modern standards, but with this sort of equipment and the precision of our autonomous system, it opens the Harper Adams University future farm – right here, right now – to starting an autonomous strip crop field.”

As this new project develops, academics from across Harper Adams and beyond will work with the Hands Free team to examine everything from soil quality to insect life and biodiversity on the site, which will be prepared for spring crops to be established and harvested in 2023.

Among the guests watching was Robert Crook, Innovation Lead for Agriculture Engineering at Innovate UK, which funded the initial Hands Free Hectare project as a feasibility study.

This led to the Hands Free Farm project that secured major funding from the Industrial Strategy Challenge Fund (ISCF) Transforming Food Production Programme and partnered with the Agri EPI Centre, one of the UK Agri-Tech Centres for Innovation.

Mr Crook said: “It has been an excellent day and a great opportunity to see the Hands Free Farm fleet in operation. People have been clearly interested and engaged throughout to learn more about the project and their input into how it can further develop has been fascinating.” 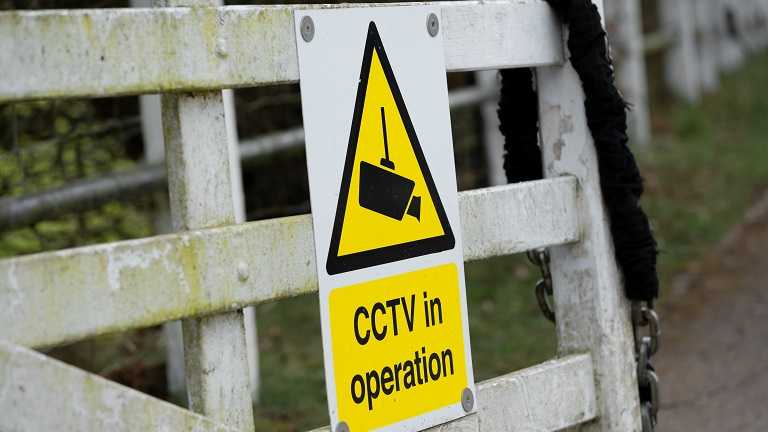