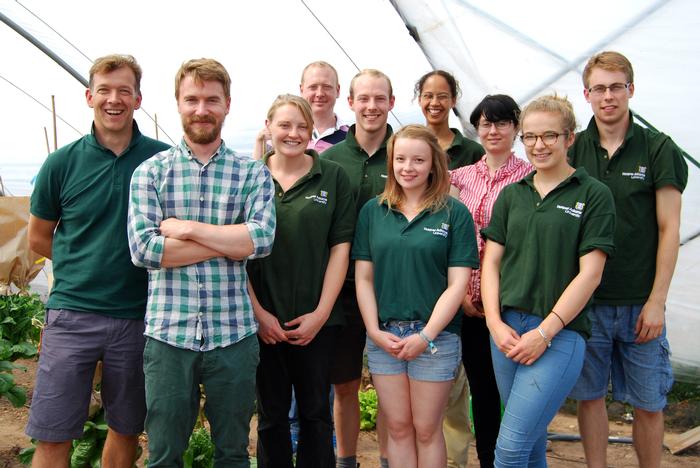 Students from universities across the UK have spent the summer learning about fresh produce research at Harper Adams University.

The four students have been taking part in eight-week paid placements at the Fresh Produce Research Centre on campus, working alongside lecturers and research staff.

The placements are aimed at those studying plant science, environmental science, agriculture or horticulture, at an undergraduate level at any institution in the UK.

The students have been supervised by Dr Jim Monaghan, Principal Lecturer in Fresh Produce at Harper Adams. The scheme is sponsored by the Horticultural Development Company (HDC), the East Malling Trust (EMT) and the Horticultural Trades Association (HTA).